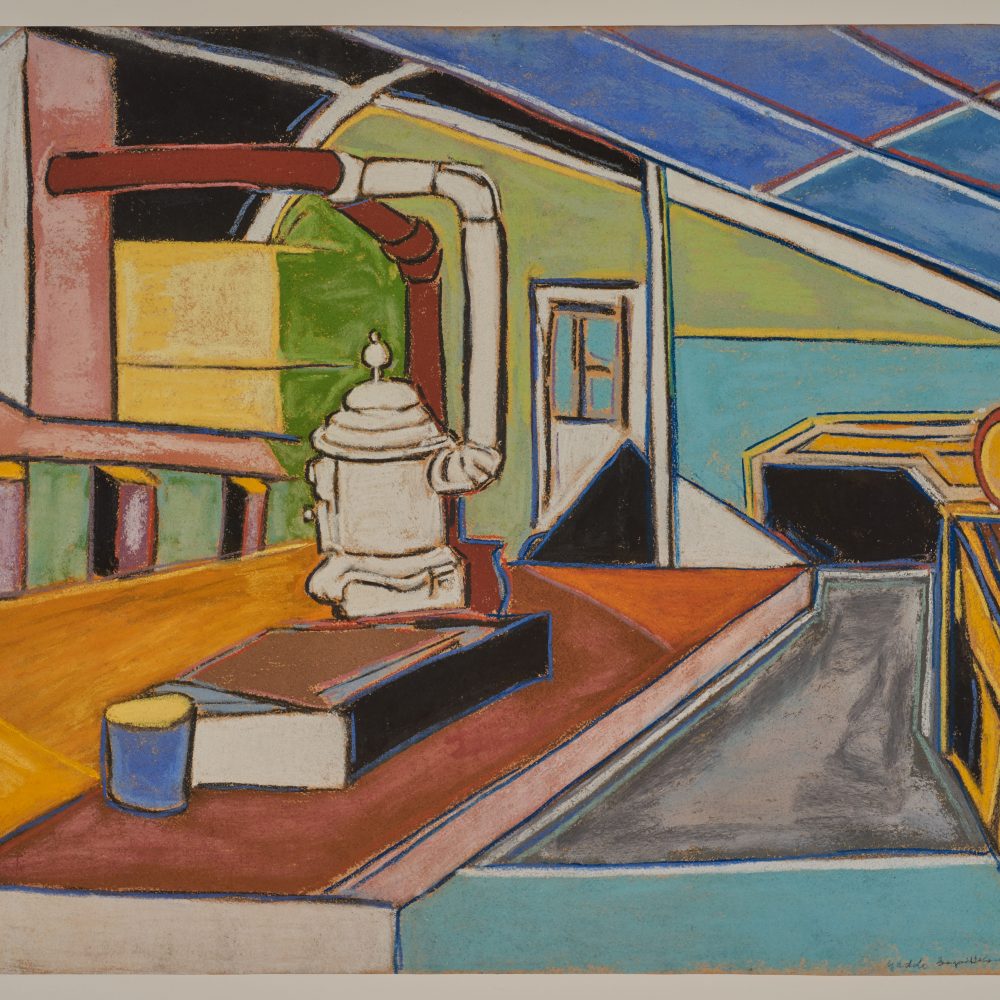 • Fred Moten is Professor in the Department of Performance Studies at Tisch School of the Arts, NYU. A poet and theorist, he conducts research in black studies, performance studies, poetics, and critical theory. He is author of In the Break: The Aesthetics of the Black Radical Tradition (U of Minnesota Press, 2003); Hughson’s Tavern (Leon Works, 2009); B. Jenkins (Duke University Press, 2010); The Feel Trio (Letter Machine Editions, 2014); The Little Edges (Wesleyan University Press, 2015); The Service Porch (Letter Machine Editions, 2016); and a three-volume collection of essays whose general title is consent not to be a single being (Duke UP, 2017, 2018). Moten is also co-author, with Stefano Harney, of The Undercommons: Fugitive Planning and Black Study (2013) and A Poetics of the Undercommons (2016) and, with Wu Tsang, of Who touched me? (If I Can’t Dance, I Don’t Want to be Part of Your Revolution, 2016). In 2016 he was awarded a Guggenheim Fellowship and the Stephen E. Henderson Award for Outstanding Achievement in Poetry by the African American Literature and Culture Society. In 2014, Moten’s The Feel Trio was a poetry finalist for the National Book Award and the Los Angeles Times Book Prize and was winner of the California Book Award; in 2016 his The Little Edges was a finalist for the Kingsley Tufts Poetry Award.

Hilton Als, Associate Professor of Writing at Columbia University, theater critic for the New Yorker magazine, and Pulitzer winning author.
Als has taught at Yale University, Wesleyan, and Smith College. In 1997, the New York Association of Black Journalists awarded Als first prize in both Magazine Critique/Review and Magazine Arts and Entertainment. He was awarded a Guggenheim Fellowship for creative writing in 2000 and the George Jean Nathan Award for Dramatic Criticism for 2002-03. In 2016, he received the Lambda Literary Trustee Award for Excellence in Literature, as well as the Windham Campbell Prize for Nonfiction. In 2017, Als won the Pulitzer Prize for Criticism, and in 2018 the Langston Hughes Medal.
Als’ first book, The Women was published in 1996, and his book White Girls was a finalist for the National Book Critics Circle Award in 2014 and winner of the 2014 Lambda Literary Award for Non-fiction. Als edited the catalogue for the 1994-95 Whitney Museum of American Art exhibition Black Male: Representations of Masculinity in Contemporary American Art and has curated Alice Neel, Uptown and God Made My Face: A Collective Portrait of James Baldwin at the David Zwirner Gallery in New York City.

Amy J. Elias is Lindsay Young Professor of English and Director of the UT Humanities Center at the University of Tennessee, Knoxville. She is the author more than thirty articles and chapters concerning contemporary arts and of Sublime Desire: History and Post-1960s Fiction (Johns Hopkins, 2002, winner of the Perkins Award from the International Society for the Study of Narrative) and co-editor of The Planetary Turn: Relationality and Geoaesthetics in the 21st Century (Northwestern 2015) and Time: A Vocabulary of the Present (NYU Press, 2016). She is the founding co-editor-in-chief of ASAP/Journal, which has won three national journal awards, and was the principal founder of ASAP: The Association for the Study of the Arts of the Present.